Home » The Foundation in Action » Mark Motors : more than just a neighbor to Montfort

Mark Motors : more than just a neighbor to Montfort 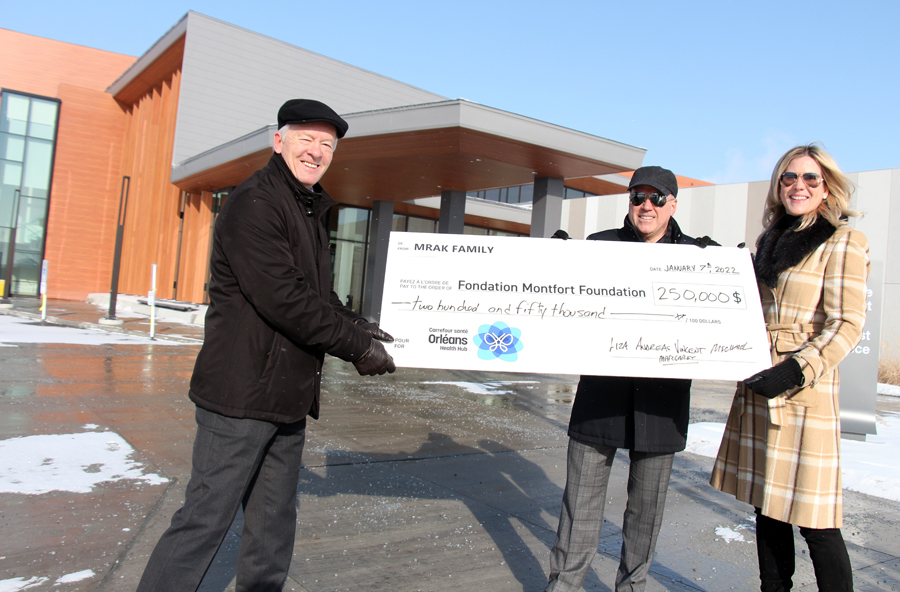 This generous contribution is reflective of the close and trusting relationship that has existed for years between the Mrak and Montfort families. In addition to being literal neighbors – the two are located just a few metres apart on Montreal Road – the bond that unites them is even greater: that of supporting their community.

For Liza, “…it goes back to the basic principle that the health of your community depends on what you give back,” she says.” That can be financial or volunteer. Everyone has the opportunity to do it.”

This time it was Paul Bélisle, former owner of Belisle Chevrolet Cadillac and member of the Hub fundraising campaign cabinet, who was the first to bring the Mraks’ attention to the Orleans project. Campaign Cabinet Chair Yves Tremblay was very pleased with this exceptional gift from the Mrak Family: “A contribution that confirms that our volunteer efforts are relevant and unifying. We are nearing our goal and Liza and Michael are inspiring us to continue our efforts for Montfort!”

Michael and Liza are respectively President and Executive Vice President of the Mark Motors Group, which sells and services high-end cars from European manufacturers such as Audi, Porsche, Maserati, Alfa Romeo, Jaguar and Land Rover. Mark Motors Group has been a supporter of various community causes for many years.

About the Mrak Family
Founded in 1959 by Louis Mrak, Mark Motors opened its doors as a European car service center in Ottawa. Today, Mark Motors is Ottawa’s premier luxury car dealership with an impressive inventory of Porsche and Audi models in its showrooms.

With a proud 58-year history and a long history of growth from humble beginnings, this family-owned business was founded on hard work and dedication, values that have played a key role in their success.

About the Orléans Health Hub Campaign
The Orléans Health Hub is a unique and innovative model that brings together a range of specialized and community-based care under one roof. Ottawa residents, from newborns to seniors, will be able to benefit from integrated, needs-based programs offered in both official languages and close to home. For more information and to participate in the Orléans Health Hub’s fundraising campaign, visit donnateohh.com